Peter Lydon scored a touchline conversion with the last kick of the game to give London Scottish a dramatic 22-20 win over Yorkshire Carnegie at the Athletic Ground.

The Scots trailed 8-20 with just 10 minutes to play, but two converted tries gave them a win that will live long in the memory for the 1236 in attendance in Richmond.

The win means that Scottish have now won three matches in a row in all competitions, and completed a league double over Carnegie in the most breathtaking fashion.

Scottish had the better of the opening exchanges and were showing great attacking flair, which almost resulted in the opening score.

Lydon plucked a ball out from the sky and beat the first man to break away down the right wing. He offloaded inside to Howard Packman but the winger was hauled down and the ball was eventually lost.

A penalty from Lydon in the 15th minute edged the Scots in front, before the Irishman scored on the half-hour mark from turnover ball. The ball was popped out to Will Carrick Smith, and Alex Grove drew in the defender before the full-back ran in from 30 metres to score the first try of the afternoon. The conversion went wide, but the Scots held an 8-0 lead.

Yorkshire Carnegie came back strongly and dominated the rest of the half to lead 10-8. They were awarded a penalty try on 35 minutes after rumbling ever closer to the line, which also saw Tinus du Plessis sent to the sin-bin.

They were then awarded a penalty right on the brink of half-time, and Kevin Sinfield’s kick was successful to send them down the tunnel with a two point lead.

The visitors made the perfect start to the second half and looked to have put the game beyond the Scots when Charlie Beech scored in the 43rd minute. With a five-metre lineout their unstoppable rolling maul allowed the prop to dot down, and Sinfield’s conversion put them 17-8 ahead.

Scottish were forced to defend for long periods of the third quarter, and another Sinfield penalty stretched their lead to 20-8.

With just over 10 minutes to go the game was turned on its head by the Scots who suddenly sprung into life.

Mark Bright scored his tenth try of the season after driving over from close range to bring Scottish back to within five points after Lydon had converted, before a thrilling end to the match.

The Scots were camped in the Yorkshire 22 as they searched for the win, and as a result of the pressure Ryan Burrows was sent to the sin-bin with five minutes left.

Scottish had a scrum just five metres from the try-line with a minute to go, and Bright gathered from the base and offloaded to Jason Harries on the wing who ran in to score. The match was now level at 20-20 and just like at Headingley earlier in the season it was all coming down to the left boot of Lydon.

From the corner the full-back struck the ball over the posts and triggered wild celebrations at the Athletic Ground as the Scots snatched an incredible 22-20 victory.

Man Of The Match: Chevvy Pennycook 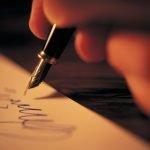 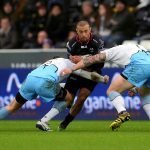