Word Down Under is that the massive winger Taqele Naiyaravoro is heading back to the Waratahs at the end of the season after just 9 short months at the Warriors.

Taqele Naiyaravoro of Glasgow Warriors is tackled by Wenceslas Lauret…

Taqele Naiyaravoro of Glasgow Warriors is tackled by Wenceslas Lauret and Remi Tales of Racing 92 during the European Rugby Champions Cup pool 3 match between Glasgow Warriors and Racing 92 at Rugby… Get premium, high resolution news photos at Getty Images

Fans will be disappointed, commentator relieved

CONFIRMED: (17/2/16) Gregor Townsend has put an end to speculation by confirming that the man known as Big T has activated a release clause in his 3 years contract and will be leaving the club at the end of the season.

[blockquote author=”Gregor Townsend” pull=”normal”]“It is always disappointing when someone you value decides to go. We always knew there would be a chance of this happening”.[/blockquote]

The 19 stone and 6’4 Fijian powerhouse was announced last year with the kind of fanfare not seen in Glasgow since Sinatra graced Ibrox. Due to the length of the contract most assumed the Lomu playalike would be a project singing, but Australian head coach Michael Cheika put paid to that idea by calling up the young winger to the Wallabies quad and giving him a token cap for the reserves team against the USA just prior to the World Cup.

[blockquote author=”Gregor Townsend” pull=”pullleft”] “The fact he played a Test match before the World Cup – that’s obviously a big draw, to try and get back in the Australian team”.[/blockquote]

At one point it seemed unlikely that the man from Yasawa Island would ever grace the Scotstoun pitch, but his agent, Tyran Smith, said the player would arrive in Scotland to “honour his commitments”. The statement came with a proviso that he would be coming “at least for the first year” and, true to form, he’ll be heading back to Australia in May.

This will come as a massive blow to Townsend who reputedly let fan favourite DTH  van der Merwe go to the rival Scarlets in order to free up funds to sign Naiyaravoro (reportedly in the region of $500,000AU per season).

Van Der Merwe of Canada breaks free of the Italian defence to score a try during the 2015 Rugby World Cup Pool D match between Italy and Canada at Elland Road on September 26, 2015 in Leeds England. Get premium, high resolution news photos at Getty Images

van der Merwe was one of the players of the RWC

The Canadian has added insult to injury by being in the try scoring form of his life for the Welsh Region, as opposed to Naiyaravoro who, despite a strong try scoring start to season, has subsequently struggled to hold down a place in the team.

It should be noted that most Southern Hemisphere players struggle in their first season, not least because they’re playing back to back seasons. Given time Taqele would more than likely have become quite a force to be reckoned with.

Naiyaravoro at his rampaging best

All that being said, the big man has left his young family back in Australia and with the lure of an international career back home it makes sense for him to go. Quite how Townsend will replace him at this late stage in the season remains to be seen and he has reiterated that his main focus is on retaining the players they have in an ever increasing market.

[blockquote author=”Gregor Townsend” pull=”normal”]“We will be looking far and wide for a player of high quality to come in.”[/blockquote]

What do you think? How big a loss of personnel/face is this for the Warriors? And who would you like to see replace him? Let us know in the comments below. 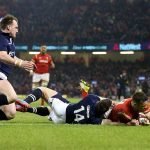 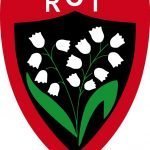