Is the ever revolving door at Edinburgh about to see another local hero leave?

Scotland’s Grant Gilchrist lines up ahead of the 2015 Rugby World Cup warm up match between and Ireland and Scotland at Aviva Stadium in Dublin, Ireland on August 15, 2015. Get premium, high resolution news photos at Getty Images

UPDATE (22/02/16): It has just been announced that Gilchrist has broken his arm and is out for the remainder of the season, so may well have played his last game in the red and black of Edinburgh.

The word on the street is that Edinburgh second row and one time Scotland captain Grant Gilchrist is off to French superstars Toulon at the end of the season. Le Rugby Nistere are reporting that the European Champions are targeting the Stirling born big man to replace the recently retired Paul O’Connell.

If true, it seems an interesting move when you consider that Gilchrist has been injured for the best part of a year and only just returned to the fold for Edinburgh last week. However, the fact that the canny Scotland supremo and former Clermont head coach Vern Cotter chose to name Gilchrist as his first captain back in 2014, may have been what caught the attention of Bernard Laporte and eccentric owner Mourad Boudjellal.

Any offer will no doubt blow what Edinburgh can manage out of the water, although with French talent like Romain Taofifénua, Jocelino Suta and Thibault Lassalle (not to mention brick hit house Samu Manoa and young Scot Andrew Cramond) in the 2nd row, he will have his work cut out getting regular game time.

Where all of this will this leave Edinburgh is yet to be seen, but with rumblings that fellow lock Alex Toolis is off to play for the Rebels in Australia and the likes of Matt Scott, David Denton, Mike Coman, Sam Beard and Roddy Grant either retired or moved/moving on, there better be some signings announced by Alan Solomons soon or there will be some very nervous season ticket holders at Murrayfield.

What do you think? How big a loss would this be for Edinburgh? 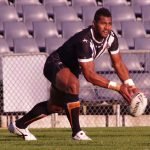 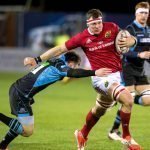