In the follow up to his influential first post ‘The Day I lost Faith in Scotland’, Peter McGunnigal reveals how his faith has been restored in the players and fans of Scottish Rugby and what we can do to keep it going.

Scotland fans cheer on their team during the RBS Six Nations match between Scotland and France at Murrayfield Stadium on March 13, 2016 in Edinburgh, Scotland. Get premium, high resolution news photos at Getty Images

[dropcap]I[/dropcap]n my last article I talked about faith and how I felt we’d lost our voice as supporters of Scottish Rugby. As I look back on this year’s Six Nations tournament it feels like our faith is greatly improved, positivity is flowing and the atmosphere at games is buzzing again. But there remains a long way to go.

The frustration of that opening weekend, the misery of the stadium and the ensuing Monday blues are now a distant, if not forgotten, memory. Since sending that first speculative Tweet and writing my first article here on Scotland Rugby News, I’ve heard the opinion of thousands, and engaged directly with hundreds, of passionate Scottish rugby fans.

It is clear that we’re the most loyal fans in the game and there are many opinions on the root cause of the reduction in atmosphere within the stadium on match days. The reasons cited vary greatly, but pretty much all centre around common themes and, most importantly, are all within OUR control as supporters.

The Scotland team bus arrives at the stadium prior to kickoff during the RBS Six Nations match between Scotland and France at Murrayfield Stadium on March 13, 2016 in Edinburgh, Scotland. Get premium, high resolution news photos at Getty Images

During the France game we made a huge step forward, both as supporters and as a team. It’s impossible to tell how much each helped the other, but the players put on a fantastic performance and the crowd sang, screamed and willed them on to victory in a way we’ve not done for years.

There was SINGING!, there was CHEERING but most importantly there was WINNING! @Scotlandteam I LOVE YOU!!!!!!!

There was a real willingness to sing and cheer from minute one and it was amazing to be a part of. I particularly loved the choruses of Loch Lomond, but Flower of Scotland was also back in full voice exactly when we needed it most.

This was a good Six Nations for Scotland, 2 great wins and 3 very competitive losses. The future looks good and there is definitely more to come from this young squad of players, but hey will need our unwavering support along the way. There will still be ups and downs, it is Scottish rugby after all, and the nations we play are generally bigger with more resources so it’s always going to be a struggle. But it’s a struggle I believe we can win.

Now that we’ve found our voice again let’s take it forward to our Summer tests in Japan and the next 3 home games in the Autumn International. Let’s right the wrongs of the Rugby World Cup Quarter Final and show Australia what we’re made of.

The mission of @murrayfieldsong will continue with the support of Scotland Rugby News. Together we have plans to spread the word far and wide and generate a positive buzz before every game, whether home or away. But we can’t do it without you. Come join us and get involved.

Let us know in the comments below how you think we can keep the momentum and feel good factor going. 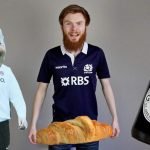 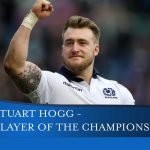