Edinburgh Rugby have today announce the signing of promising Irish wing Rory Scholes from Ulster. With the muted loss of Greig Tonks to London Irish, this is just what the doctor ordered for the capital club – a new backs signing.

His arrival will go some way to allaying the fears that Edinburgh’s back division will be in a worse state next season. The team still look very light in the centre with Matt Scott off to Gloucester, but a quality winger will certainly help the cause, especially as he can double up at fullback. Hopefully this will be the first of many back announcements in the weeks to come.

I think they’re a team on the up and that I, personally, can bring something to the squad, and I’m really looking forward to coming over and getting to work.

The 22 year old has represented Ireland at U20 level and has made 22 appearances for the province since 2013, including a try scoring appearance in December’s 14-7 victory over his new club.

No word yet on whether or not he’s Scottish qualified, but there are a lot of Ulster Scots, so you never know. As it stands he wouldn’t qualify for Scotland based on the residency of his 2 year deal.

Let us know what you think of the signing in the comments below. 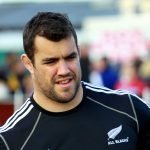 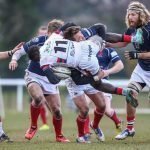