Glasgow Warriors have today unveiled their replacement for departing winger Taqele Naiyaravoro in the form of Italian fastman Leonardo Sarto. He joins the club on a two year contract, subject to medical, and brings with him an impressive try scoring record having notched up 6 so far for his native Italy.

Italy’s wing Leonardo Sarto scores the first try during a Pool D match of the 2015 Rugby World Cup between Italy and Romania at Sandy Park in Exeter, soutwest England, on October 11, 2015. Get premium, high resolution news photos at Getty Images

Sarto scoring against Romania at the Rugby World Cup

The 24 year old from Verona currently plays for Zebre in the Pro12 and has been a regular for Italy since his try scoring debut against Scotland in 2013.

When asked about joining the Warriors he said: “I’ve always known Glasgow is a great club and I know Simone Favaro is enjoying it there. I hear the fans love him and I hope I will have a similarly good relationship with them when I move over”.

With Taqele Naiyaravoro returning to Australia at the end of the season, and with last season’s losses of Sean Maitland and to London Irish and fan favourite DTH van Der Merwe to the Scarlets, this signing is much needed if the Warriors want to remain competitive in the Pro12 and European competitions.

Taqele Naiyaravoro of Glasgow Warriors is tackled by Wenceslas Lauret…

Taqele Naiyaravoro of Glasgow Warriors is tackled by Wenceslas Lauret and Remi Tales of Racing 92 during the European Rugby Champions Cup pool 3 match between Glasgow Warriors and Racing 92 at Rugby… Get premium, high resolution news photos at Getty Images

He has some gigantic boots to fill

As it stands he will be battling it out for one of the two wing spots with Tommy Seymour, Sean Maitland, Lee Jones, Junior Bulumakau and Rory Hughes.

[blockquote author=”Leonardo Sarto” ]”I wanted to move to the UK as I know the standard of rugby is high and I want to improve my game. Joining a club like Glasgow will help me do that.”[/blockquote]

What do you think? Is this a good signing for Glasgow? Let us know in the comments below. 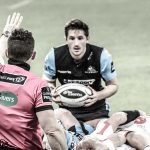 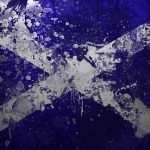