Glasgow Warriors top the Pro12 table after beating Italian side Zebre by 70-10 in their penultimate match of the regular season, a win that guarantees them a 5th successive place in the Play Offs.

With the playoffs in sight it was another must win game for the Warriors tonight, and they certainly delivered in spades with 10 tries and a record 60 point margin of victory.

The game started off at little cagily with both sides giving away penalties and it looked like it might be a close match, that was until the 15th minute when Man of the Match Leone Nakarawa broke through the Zebre defence to touch down for the opening score, with Duncan Weir adding the extras.

The Italians struck back in quick succession after a missed tackle from Taqele Naiyaravoro led to Kyle van Zyl squeezing in at the corner. The conversion was missed however and the Warriors lead 7-5.

Warriors fans were made to wait until the 24th minute when Grayson Hart made a nice break before offloading to the supporting Adam Ashe who carried strongly to go over for the 2nd try. Weir made good on another kick from the tee and the Glaswegians had a 14-5 lead.

At this point it seemed like the Warriors tempo seemed to really ramp up. Off the back of a scrum the ball was given out to Glenn Bryce who managed to run 40 meters to score out in the corner. Another inch perfect kick from departing man Weir meant the warriors were now 21-5 ahead.

The scoreboard had barely ticked over before the Warriors crossed for the all important bonus point try. The ball was delivered into the hands of the giant wing Niyaravoro, who made up for his earlier defensive error in style with a fine try.  After Weir’s kick the Warriors lead 28-5.

Not content with the bonus point already secured, Glasgow demonstrated their effectiveness in the broken field of play as Jerry Yanuyanutawa made a scything break down the middle of the pitch, before the ball was quickly worked through the hands to the grateful Glenn Bryce who went over unopposed. Weir, who certainly seemed to have his kicking boots on, added yet another conversion to put the Warriors 35-5 to the good.

Despite the Warriors threatning to run away with the game, it was the Italians who finished the first half scoring thanks to centre Tommaso Boni who finished a great move out wide to double their score.

The second half started at breakneck speed with Nakarawa pouncing on a loose pass to breeze across the line with barely 3 minutes on the clock. Weir’s once again added the extras to make the score 42-10.

Not content with a brace the big Fijian then got his hat trick in the 52nd minute of the game, beating two defenders in the process. An amazing feat when you consider the size of the man. An easy conversion from Weir made the score 49-10.

The big man then showcased his now world famous offloading skills to share the wealth and his second row partner Greg Peterson over the line. Weir’s fine kicking made the score 56-10.

The backs had clearly got tired of watching the big boys get all the glory, so when scrum half Ali Price took a kick off he decided to go for it and sprinted sixty meters, darting between defenders to score under the posts.

With just six minutes left on the clock Glasgow got their tenth try. A break from Bryce opened up some space for Scotland star Mark Bennett to burst through but, with a certain try in the bag, the centre gave a selfless pass under the posts to Weir so that the departing fly-half could score. He finished it off by converting his own try, thus maintaining his 100% kicking record before being replaced to a standing ovation from the fans.

That was the final score for Glasgow and it confirmed their biggest win in the Pro12, a rsult that put them top of the Pro12 table and guaranteed them a place in the playoffs.

The crowd once again got to their feet to thank the various players who are leaving the club at the end of the season, and there were more than a few emotional scenes from those who may have played their last home game.

All eyes will now turn to the Sportsground next Saturday as the Warriors aim to down Connacht and secure a home Semi Final. 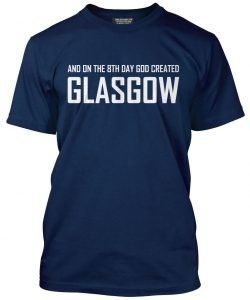 Sean Kennedy is an expert in all things Scottish, Glasgow and gaming. 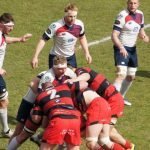