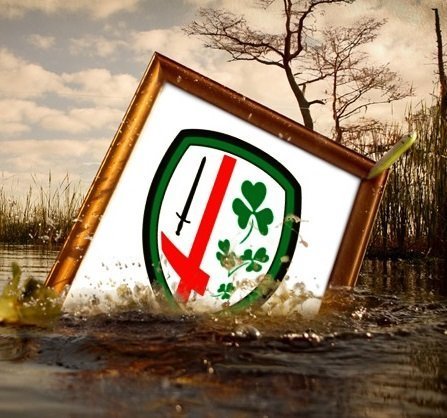 Over half a dozen Scottish internationals and qualified players are facing next season in the English 2nd division unless Aviva Premiership bottom dwellers London Irish can avoid relegation.

The Irish Exiles club have had a disastrous season and currently prop up the Aviva Premiership table with a paltry 4 wins from 19 games played. To stand any chance of survival they’ll have to beat Newcastle Falcons, who are 4 points above them, this Sunday.

Their only hope is to overtake the Falcons

Even then Irish would need at least a bonus point win to leapfrog them and hope that Dean Richard’s men lose their remaining fixtures without picking up any bonus points themselves. Should they fail this weekend they’ll need a miracle with high flying Harlequins and Wasps their penultimate and final opponents respectively.

Normally this wouldn’t elicit must interest from many of us but, considering how many kilted players are at the club, there will be a lot of nervous Scotsmen casting their eyes south over the following weeks – none more so than Vern Cotter.

Blair Cowan of London Irish looks on during the European Rugby…

There are also a number of Scottish qualified players at the Exiles like bullocking back rower David Sisi, the hugely exciting dual qualified centre Johnny Williams and Scottish born scrum half Brendan McKibbin (although there seems to be uncertainty about whether or not he may already be tied to the Wallabies).

Johnny Williams of London Irish celebrates after scoring a try during…

Johnny Williams of London Irish celebrates after scoring a try during the Aviva Premiership match between London Irish and Wasps at Twickenham Stadium on November 28, 2015 in London, England. Get premium, high resolution news photos at Getty Images

Jonny Williams is qualified to play for Scotland, England and Wales

[blockquote author=”Clark Laidlaw” pull=”right”]”We’re trying to create an environment (of playing freedom) all the time. It’s difficult when you’re in the situation we are.”[/blockquote]

And it’s not just the playing ranks that contain Scottish talent. Clark Laidlaw, son of Roy and cousin of Greig, signed on as their Assistant Coach following successful stints in New Zealand coaching skills to their national 7’s side and as Chris Boyd’s assistant at the Hurricanes.

Not much has been made of his quiet but impressive ascent up the coaching pecking order, but there are many who think he could be in the frame for major coaching honours in the not too distant future.

Laidlaw already has Super Rugby experience with the Hurricanes

It’s also worth mentioning that Newcastle also have a clutch of Scottish players in the form of Ally Hogg, Scott Lawson, Jon Welsh and Scott MacLeod. However, with the possible exception of Welsh, most of those players are effectively reaching the end of their careers and won’t be featuring for Scotland again.

Ally Hogg of Newcastle Falcons during the LV= Cup match between…

Will Ally Hogg be hanging up his boots?

So for everyone involved at London Irish relegation could have a disastrous effect on their Scotland careers. Life in the English Championship would more than likely put them in the international wilderness and, even if they could secure a transfer to another top flight club in England, Scotland or France, they wouldn’t have long to do it. They also wouldn’t have the luxury of choice with most clubs having already completed their recruitment for next season.

Sean Maitland of London Irish is tackled by Sam Hidalgo-Clyne of Edinburgh during the European Rugby Challenge Cup match between London Irish and Edinburgh Rugby at Madejski Stadium on December 12,… Get premium, high resolution news photos at Getty Images

Could Edinburgh make a move for Maitland?

You can only hope that at least some of them had the foresight to put release clauses in their contracts, if not there’s nothing to stop the club’s management from forcing them to spend next year aiding in the fight to come back up. Whilst that may sound unlikely, it’s worth remembering what happened in the 6 Nations when Bair Cowan and Sean Maitland returned to the Exiles following the Wales game under the pretence of injury, only to turn out for their club that very weekend against Leicester.

It appears on the face of it that either London Irish pulled a fast one, Vern Cotter wanted to save their blushes or the magic sponges at Irish are doused in holy water. Either way you wouldn’t count on the kindness of their coaches when it comes to putting a player’s international ambitions before their day job.

There have also been quite a few rumours that Sean Maitland, in particular, is very unhappy at the club and is looking to leave ASAP. 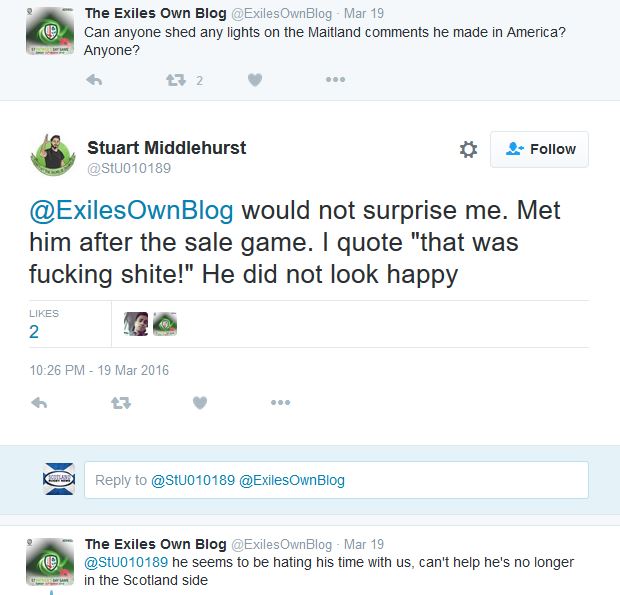 Could that mean a return to Scottish rugby? It’s certainly possible that Gregor Townsend may be keen to bring him back in, especially now he has money to spare following the premature return of Taqele Naiyaravoro to Australia. He’d also be a big boost to Edinburgh’s backline, which would be ironic considering they reputedly turned down the opportunity to sign the fast man back in 2012.

Greig Tonks of London Irish is tackled by John Afoa and James Hook of Gloucester during the Aviva Premiership match between London Irish and Gloucester Rugby at the Madejski Stadium on March 20, 2016… Get premium, high resolution news photos at Getty Images

When it comes to back rowers both Glasgow and Edinburgh seem pretty well stocked, so the likelihood of Cowan coming up seems reasonably remote. As for Tonks, a move back to Edinburgh would be more than a little embarrassing considering he only left the club last month.

[blockquote author=”Greig Tonks” pull=”normal”]”I’m enjoying being part of the club and set up, but obviously I’ve arrived at a tough time”[/blockquote]

The signing of Williams, Steele and Sisi would be hugely beneficial for either of the Scottish clubs and for the Scotland team itself, but we don’t yet know if any of them intend to plump for England or Scotland yet.

At this point we can only speculate what may happen, especially as this is may all be academic should the results go their way, but one thing’s for sure, there are more than a few Scotsmen who’ll be wishing for the luck of the Irish this weekend.

London Irish Head Coach Tom Coventry has this afternoon implied that Maitland and Cowan may indeed have release clauses in their contracts.

“There are players here who have contracts that enable them to exit if they wish and I’m confident that guys have bought into this club and what we’re trying to achieve here” he told Sky Sports.

“But we also know the internationals will have to consider their careers because I’m not sure how many international players are picked out of the Championship.

“As a general rule, I’d like to think these guys are in it for the long haul and will fight their way through the good and the bad times.”

Blair Cowan is also quoted as saying “I still have international aspirations, so I need to be at the top of my game and in the top competition to be considered for that.”

Can they stay up? If relegated which players would you like to see back in Scotland and, if so, at which club? Let us know in the comments below. 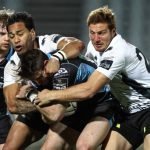 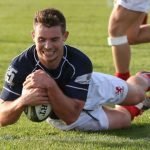