Saturday’s 16-11 Semi Final loss to Connacht was Leone Nakarawa’s last game for Glasgow Warriors before he departs for French giants Racing 92 to join the likes of Dan Carter. This is our tribute to the great man.

When Gregor Townsend announced the signing of a relatively unknown Fijian lock in 2013 there were more than a few experts and supporters (myself included) asking “who?”, before feverishly trying to garner any information they could online.

Bar as few sevens clips, there wasn’t much to be found on this amateur player who had a handful of caps, most won against fellow South Sea nations but with a sole game against Scotland on their 2012 tour. So it seemed fair to assume that he’d be a Warriors fringe player at best. Three years on and there’s barely a rugby supporter in the world, let alone Scotland, who doesn’t know his name.

The giant man, along with fellow countryman Niko Matawalu, quickly became known as the Weegies from Fiji, such was the speed with which the Warrior Nation took the players to their collective hearts. 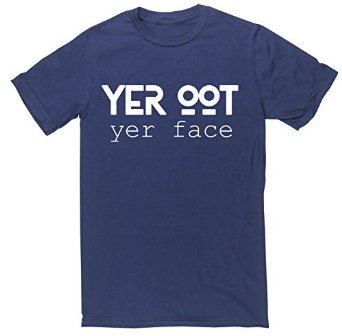 You couldn’t have picked a more unlikely cult hero than a rank unknown Fijian 2nd row, but it was his frankly outrageous ball and running skills that made everyone stop and look. At first his daring one handed offloads looked a liability, as they were often missread by his teammates and pounced on by opposition. With an already strong 2nd row combination he was forced to play out of position and used more as an impact sub.

But it didn’t take too long for his comrades to start reading from the same script (which was basically always expect him to offload no matter how impossible it may seem) and he quickly became Gregor Townsend’s secret weapon.

During his first year at Glasgow he surprised every team and every player he faced, with nobody seemingly able to stop him.

In his second season teams started to target him by sending two and three players a time to tackle the lofty lock in a desperate attempt to smother him and cut off the basketball passes at source, yet somehow he always managed to get the ball out of the tackle to a gleefully receptive teammate. 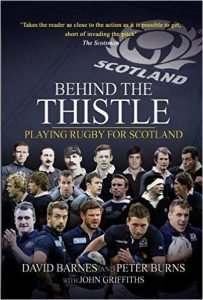 What was most impressive was that, unlike some other high profile Fijian rugby thoroughbreds, he wasn’t just an ace with the ball in hand. Over time he has developed into one of the best all round locks in the PRO12. His scrummaging is powerful, his lineout work magnificent and his rucking and mauling amongst the very best. So when you combined that with the skills of world class centre you had a one-of-a-kind anomaly, or as Will Carling once said of late great Jonah Lomu, a freak.

Nobody could deny that his presence was a major contributor to Glasgow’s rise from plucky losers to real title contenders. It would also be foolish to underestimate the effect his box office skills had on support. Who wouldn’t be more inclined to go to a wet and windy Scotstoun if the Michael Jordan of rugby was playing?

Come the 2014/15 season and, with captain and rival lock Al Kellock winding down in his final year, Naka made the shirt his own and won a string of plaudits, from Man of the Match awards to a place in the coveted PRO12 Dream Team. Even the notoriously one eyed English press were starting to take notice of this magician and the PRO12 as a whole.

His assent to MVP status was proven in last season’s PRO12 Final when, despite Gregor Townsend’s instance that Nakarawa cut out the offloading for this crucial game, he promptly ignored the wishes of his coach and flung the ball with aplomb. The rest as they say is history and the first two confidence inspiring tries were single handedly made by the Fijian. You could argue that without them the game could have ended very differently and Glasgow may never have been Champions. Either way his disobedience was rewarded and his coach didn’t mind a bit. He also deservedly picked up the Man of the Final award.

Next up was the England 2015 Rugby World Cup, at which he shone so brightly for his native Fiji that he made most of the tournament’s dream teams and confirmed his place at the very top of the game. Unfortunately for Glasgow this meant the cat was well and truly out of the bag and he had become one of the most desirable players in world. And, unsurprisingly, the French came a knocking and made him an offer he couldn’t refuse.

So despite him still have a year left on his contract, and after much speculation, the Warriors agreed to let him join French giants Racing 92. Gregor Townsend had this to say:

During the Rugby World Cup a lot of clubs were interested in signing him and, although we were looking to retain him, we have now agreed to let Leone leave a year early.

Some may bemoan the fact that they didn’t force him to finish honour his contract, but at 28 and with the world at his feet, Townsend decided that it would have been unfair to keep him from fulfilling his rugby and earning potential. It also netted Glasgow an estimated £120,000 transfer fee which, whilst paling in comparison to what we see in football, will be welcomed by a Glasgow side trying to keep up with the big spending French and English.

Understandably the WarriorNation didn’t take well to losing their favourite adopted son. Thankfully they still had a few games left to soak up the incredible skills on offer and last month, in suitably glorious conditions, they got to see a masterclass in skill with Naka going over for a hat-trick of tries in Glasgow’s 70-10 win against Zebre.

That game helped Glasgow reach the playoffs and it was hoped that Glasgow could go all the way and say bid farewell to their favourite son at the home of Scottish Rugby in the PRO12 Final at Murrayfield. Unfortunately Connacht had their own fairytale ending to write and, bar the brilliant travelling support, the Warriors fans were denied their chance to say goodbye in person after the Irish team triumphed 16-11.

As if to highlight just what the Warriors would be missing next season, Nakarawa scored his side’s only try and brought his season’s total to an impressive 5, and his final Glasgow tally to 8. For a man who created so much mischief that number may seem low, but it’s a testament to how unselfish he could be that his breaks usually resulted in other players going over for the score.

Will Glasgow find another like him? Put simply no, he’s truly a one of a kind player.

Will they continue to shine without their magician? That remains to be seen, but Glasgow still have strike runners across the backline including Hogg, Seymour, Bennett, Dunbar, Horne and Russell. So all is not lost.

Can he be replaced? Not like for like, but with exciting young players like Scotland U20 captain Scott Cummings to partner 22 year old captain Jonny Gray in the boiler room, there is hope for the future. But that’s an article for another day.

Now we’ll honour the man who has given everything to his team from moving to sunny Glasgow from his native land, to giving more blood, sweat and tears to his team than most players ever muster – not to mention the sheer unadulterated joy he has bestowed on each and every watching fan.

So, with a glittering Glasgow career including 3 Playoffs, 2 Finals and a Championship win, we here at Scotland Rugby News would like to wish a big goodbye and heartfelt thanks to the Weegie from Fiji. You will be sorely missed.

Here are some of his best bits

How would you like to thank Naka, and what are you favourite memories of his time at the Warriors? 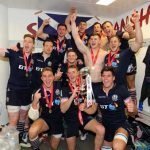 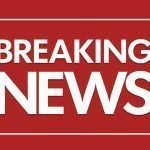