The Scotland Coach has announced his 37 man squad for the upcoming 2017 RBS Six Nations Championship, with two new caps and the recall of several players.

Matt Scott of Gloucester Rugby goes over for his sides second try during the Aviva Premiership match between Gloucester Rugby and Worcester Warriors at Kingsholm Stadium on January 7, 2017 in… Get premium, high resolution news photos at Getty Images

Matt Scott has been setting the Premiership alight for Gloucester

The outgoing coach has made a raft of changes to the squad he named for the Autumn Internationals, most notably the recall of on-form Gloucester back Matt Scott. The centre has been experiencing something of a renaissance since his move away from Edinburgh and has scored a staggering  12 tries in 18 games so far this season.

There is also space for fellow Premiership centre, Duncan Taylor, having missed out on the Autumn Series through injury. Together with Mark Bennett, Alex Dunbar and Huw Jones, this marks an unusual step of naming 5 centres.

Another notable recall is the back is that of Edinburgh’s pint sized pivot Duncan Weir, who comes in for the injured Peter Horne, whilst Harlequin Ruaridh Jackson misses out.

Finally, Ali Price completes the back division changes after a good run of form has made him the starting Warriors scrum half.

Cornell Du Preez of Edinburgh offloads under pressure from Shane…

Cornell Du Preez of Edinburgh offloads under pressure from Shane Geraghty of London Irish during the European Rugby Challenge Cup match between London Irish and Edinburgh Rugby at Madejski Stadium on… Get premium, high resolution news photos at Getty Images

Du Preez brings much needed ball skills to the back row

In the forwards uncapped Edinburgh prop Simon Berghan and backrower Cornell du Preez have been brought in, however there’s no space for their former teammate David Denton whose season has been blighted by injury, or the up and coming Magnus Bradbury.

Du Preez qualified for Scotland via residency and Berghan through his Scottish grandfather. Both add ballast and will offer Scotland more option in the back and front rows respectively.

Unfortunately, seasoned campaigner and first choice loosehead Alasdair Dickinson misses out through injury. Whilst named, WP Nel is a doubt for the opening game against Ireland after injuring himself just a few minutes into his comeback and is awaiting results from a scan. As a result, Newcastle prop Jon Welsh has been named and may feature for the first time since giving away ‘the penalty that should never have been’ against Australia in the 2015 Rugby World Cup Quarter Final.

[blockquote author=”Vern Cotter” pull=”normal”]“It’s a well-balanced and exciting group that have played a lot of rugby together, know each other well and are ambitious to do well in a Scotland jersey”[/blockquote] 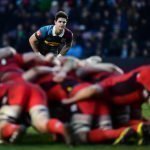 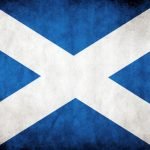