The 34 year wait for a win at Twickenham continues after a limp Scotland fell to the Auld Enemy, thus ending their Six Nation title and Triple Crown hopes.

Scotland’s scores came from Gordan Reid and a brace from Huw Jones.

In what was the crunch game for both sides, England produced arguably their best performance under Eddie Jones, whilst Scotland contributed their worst under departing coach Vern Cotter. The combination of those two factors saw England rack up a record Calcutta Cup drubbing over the hapless Scots.

For all the talk of this being Scotland’s best chance at a victory at Twickenham in 34 years, it started off ominously with Fraser Brown sent to the sin bin within the first few minutes for a late and dangerous tackle. Truth be told, he was lucky that it wasn’t a red but the men in white seized on the man advantage to score an impressive try, convert it and add a penalty – making it 10 points in 10 minutes off.

At this point England had a shocking 92% possession and Farrell slotted another penalty.

Just when the Scotland travelling support thought it couldn’t get much worse, mercurial full-back Hogg went off with a head injury, then his replacement Bennett was carried off with a hamstring injury just 4 minutes later. Henry Prygos had to come on and fellow Glasgow scrum half Price was forced to switch to the wing.

The agony continued on the 24 minute mark when George Ford’s lovely delayed pass put Joseph into the gap where he danced through to score. Scotland were 20 points down with just 25 minutes gone.

The hosts didn’t have it all their own was thanks to Gordon Reid who scrabbled over from close in after Scotland kicked a penalty to the corner. But the reprieve was short after another blistering England attack put Watson in under the posts.

This England team were refusing to show mercy and Scotland had no reply for the raw English power, so when Joseph ran on to Ben Youngs’ short pass to complete his hat trick  it was 35-7 with just over half the game gone.

Despite barely touching the ball and repeatedly missing Joseph in defence, Huw Jones took his first chance and squeezed through for the second Scottish try.

Once again the reprieve was short with England’s much vaunted bench emptied and Vunipola, on as a replacement after returning from injury, barged over from a driving maul.

Scotland still refused to totally lie down and take the drubbing, with Jones stepping the England defence and scoring his second and Scotland’s third of the day.

A consolation bonus point was in sight, but replacement scrum half Danny Care was having none of it and skipped over with 9 minutes remaining to see the game out and England record their biggest ever victory over Scotland in this, the oldest rugby test.

“We just didn’t show up. We got off to a bad start and continued, our discipline was very poor and we gave away soft tries.” John Barclay

What did you think of the game? Let us know in the comments below. 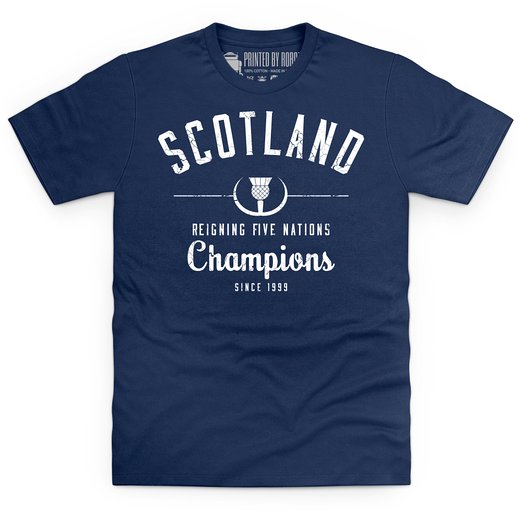