There are few Scottish rugby players more beloved than Sean Lamont. That’s why we’d like him to bow out next month as he came in – with peroxide blonde and wearing orange gloves.

With that in mind, and with a clear hunger from Glasgow Warriors and Scotland fans, we decided to create a petition to the player himself.

In it we ask the legend of the game, known for his never-say-die playing attitude and passion for the game to give one last parting gift:

[blockquote author=”” ]Please peroxide your hair and wear orange gloves for us on the 6th of May.[/blockquote]

The date is significant because, should he picked, it would be last game of professional rugby for Glasgow, but also because it’s the biggest game in the Scottish club calendar: the 1872 Cup 2nd Leg.

I don’t know about you, but I can’t see Gregor Townsend denying him a place on the bench, at the very least. If anything, he’d have to pick Sean if he went to the trouble of dying his hair and tracking down some of those gloves!

Here are Gregor Townsend’s thoughts on the matter. pic.twitter.com/a6rQhWNbv6

The issue of whether his wife Gemma will allow is another thing, that’s why we’ve said:

[blockquote author=”” ]We also ask that your ever-patient wife Gemma also get behind this and forgive us the inevitable migraines it will undoubtedly cause – safe in the knowledge that it will grow out and you will get the sexiest man in Scottish rugby back to yourself, for good.[/blockquote]

At the moment of writing the petition already has hundreds of signatures and counting, so let’s keep the pressure building and maybe, just maybe we’ll get our wish come the 6th of May.

To read the petition and add your signature simply click here. 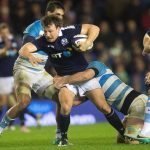 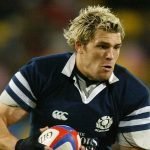