Following mounting pressure from fans across Scotland, retiring rugby legend Sean Lamont has agreed to revive retro look for his final game, but there’s one condition.

The pressure has finally told. After weeks of concerted badgering from across the Scottish rugby spectrum, including our #BackingBlonde petition on this site with over 600 signatures, retiring Scottish centurion Sean Lamont has finally succumbed and promised to revive his iconic look for the final game against Edinburgh on the 6th of May.

As explained in our article yesterday, the look in question is that of his breakthrough seasons 2004-2006 – spiked peroxide blonde hair (for our younger readers, yes this was a thing at the time).

But he has one condition…and it’s a very noble one at that.

He’s asking fans to donate £5000 to two very deserving charities that are close to his heart: The Glasgow Children’s Hospital Charity and Hearts & Balls (which provides help for severely injured Scottish rugby players). Sounds more than fair to us!

On the fundraising page he explains his reasons:

“To the Warrior Nation, the Greater Rugby Family and the People of the Internet.”

[blockquote author=”Sean Lamont” pull=”normal”]There has been many requests, polls and even a petition to see the return of the “Blonde Bombshell” before I finally hang up the Boots.[/blockquote]
He goes on to explain that it’s time for the fans to “put your money where your mouth is” and that if we “hit the target of £5000 before the Glasgow vs Edinburgh game and I will dye my hair once again.”

To donate to these very worth causes visit his JustGiving page here.

So there you have it ladies and gentlemen, all we have to do to honour this great servant of the game (oh and see him with a silly hairdo again) is donate a few quid each.

So if you want to see the return of the hair. This is what you have to do. Put your money where your mouth is. https://t.co/BEqJCc8Unt

What do you think? Will you be donating? Let us know in the comments below and make sure to share this far and wide. 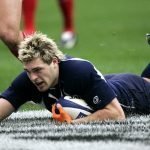 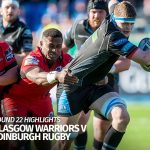