Scotland have finished their Autumn International series in incredible style with a huge 53-24 and 8 try victory over the Wallabies at Murrayfield.

With Alex Dunbar ruled out on Friday, it looked very ominous when Stuart Hogg was injured in the pre-game warm up. His place at fullback was taken by Sean Maitland with the newly capped Sale winger Byron McGuigan moving to wing.

With so much disruption it wasn’t surprising when the opening few minutes belonged to the Wallabies. However they couldn’t convert their possession into points and, when the momentum swung to the men in blue, they took their chances with a penalty and starting debutant McGuigan scoring an excellent solo try care of some very neat footballing skills. 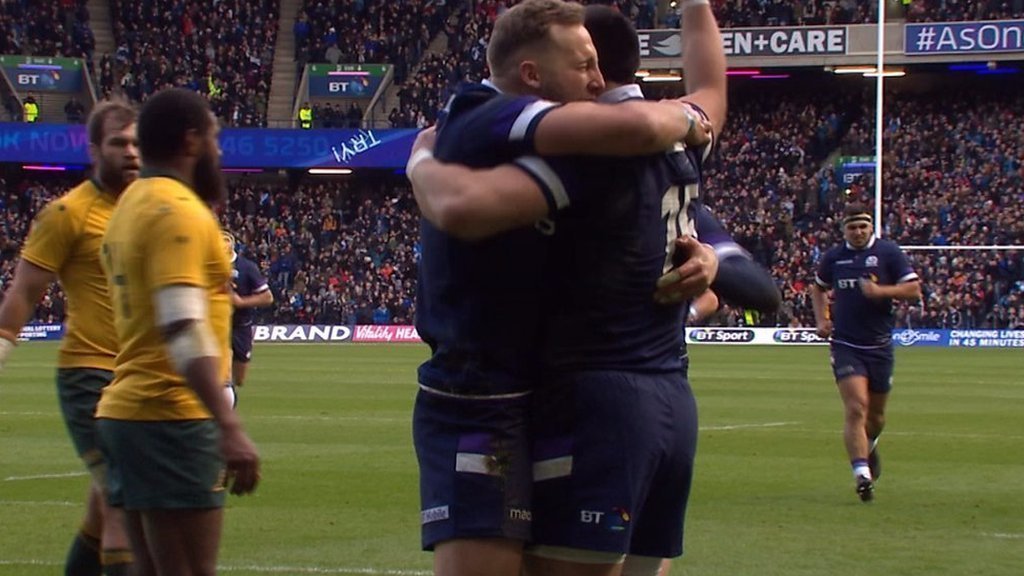 Where the previous week had been very defence focussed, this time out they were looking to attack from anywhere, something that backfired leading to a pair of tries by Tevita Kuridrani.

It looked for all the world like Australia were finding their stride, that was until Sekope Kepu (who had been so destructive at Twickenham last week) hit Hamish Watson in the head at a ruck. The ref didn’t take long to give the huge Aussie his marching orders and reducing them to 14 for the remainder of the game.

This was Scotland’s chance to regain the advantage, and regain it they did through a sniping run by Warriors man Ali Price. They went in at half time 17-12 ahead.

Volatile Australia coach Michael Cheika must have dished out quite some bollocking at half time, because the Wallabies came out and scored through Kurtley Beal within minutes.

The Scotland players didn’t take long to wake up from their slumber as the game descended into the kind of organised chaos that Gregor Townsend adores, and Sean Maitland ran into the corner to retake the lead.

More madness led to lock Jonny Gray going over shortly after and Scotland looked to be running riot. All the 50/50 passes seemed to be coming off and Australia were visibly tiring.

Huw Jones was the next Scot to get over the whitewash and make it 5 tries in 5 games, a strike record the best players in the world would envy, and Scotland were up to 34-17 with barely 2/3 of the match gone.

Just 4 minutes later Byron McGuigan scored his 2nd thanks to some great skill form Finn Russell and solidified his place as Man of the Match.

Full credit to Australia, these same men recently beat the All Blacks and ran England close, they fought back admirably and got themselves in the game thanks to a try from replacement Lopeti Timani, which Bernard Foley then converted.

The 39-24 scored certainly flattered Australia, who were well and truly on the ropes. And the next scored came from captain John Barclay, who has the incredible honour of beating Australia 4 times in his career- not something many Scots can claim.

With just a couple of minutes left to go it looked all done, but Scotland smelt blood and kept the pressure on which eventually led to a try for the ever impressive Stuart McInally.

What did you think of the performance? Let us know in the comments below. 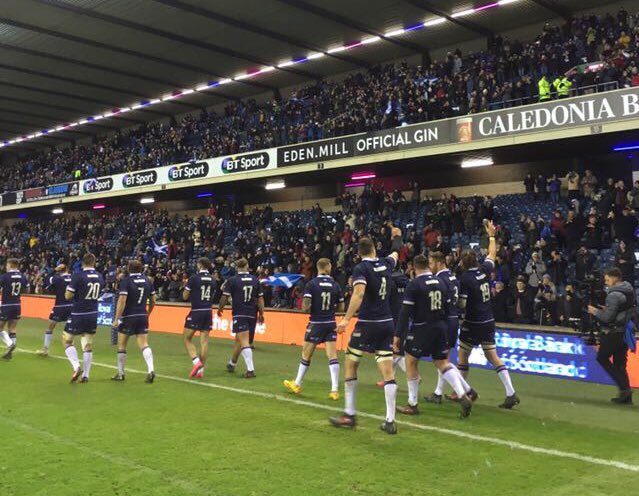 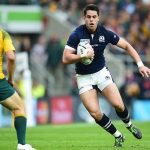