In the first in a series of articles, James Maclean explores what Scottish Rugby could do with the multimillion pound CVC windfall, whether a 3rd Pro team is on the cards and how Scotland could win the Rugby World Cup.

What would you do if you won the lottery? Not one of the crappy syndicate or shared wins where you come away with a few hundred grand, I’m talking about a stonking great big EuroMillions rollover win.

Most of us will have mulled over the possibilities. Maybe you’d jack in the day job, travel the world or buy an island in the Caribbean and grow as fat as your new bank balance. Or perhaps, if you’re an oval balled obsessive, you might decide to become Scotland’s long hoped for rugby sugar-daddy.

Well it looks like Scottish Rugby are about to win, and win big thanks to a very different kind of sugerdaddy. After decades of strife, it appears that the clouds may be ready to lift at BT Murrayfield – if not on the pitch, then in the coffers.

The weekend’s announcement that private equity firm CVC Capital Partners have agreed a £120m deal to buy 27% of the Pro14 will mean a windfall of approximately £35 million for the SRU.

The news comes hot on the heels of CVC investing in the English Premiership last year and could be followed by a similar investment from the same firm in the game’s oldest championship, the Six Nations. CVC are currently in what’s being described as “an exclusive period of negotiation” for 15% of the international competition’s commercial arm worth £300 million, but it is being widely reported that it’s a done deal with an announcement due any day.

The European countries will be pooling their businesses into one commercial entity, which means that the private equity firm will own a share not only of the Six Nations Championship, but also the autumn internationals and tours. Fears have been raised about ceding part-control of international rugby’s prestige annual competition to a private firm, but that’s a discussion for another time. As things stand, all signs point to both deals being across the line.

So, all being well, Scottish rugby is set for a cash injection of approximately £35 million with the potential for another £50 million share from the Six Nations deal. Which means that In the next few months £85,000,000 of the finest Scottish pounds could be deposited into the previously threadbare governing body’s purse.

All of which leads us back to asking: what would you do if you won the lottery? This is the question that Scottish Rugby’s head honcho Mark Dodson will have the task of answering (I would have said enviable task, but to poorly paraphrase Stan Lee and Steve Ditko – with great money comes great responsibility).

Now, £85 million pounds may seem like a lot of sheets, but when you consider that Scottish Rugby’s turnover last year was £61.1 million, it would be the equivalent of you or I receiving a little over our yearly salary as a bonus. Sure you could do a lot with it but, unless you’re an Aberdeen oil tycoon, it’s not enough to make sure you’re set for life.

So what could be done for Scottish Rugby? And what SHOULD be done? Over the next few days I’ll try and get into the head of Mark Dodson, but also throw in a few left field ideas of my own in order to try and answer those questions. If you have any thoughts, let us know in the comments section at the bottom of the page.

Before we go any further and think about specifics, the most sensible thing is to establish what the core aims are.

As the Italian proverb goes, Give a man a fish, and you feed him for a day. Teach a man to fish, and you feed him for a lifetime. So, whilst there are things in the present that need addressing, we also need to think 10, 20 and even 30 years into the future. We could stuff the Pro teams full of expensive foreign imports and maybe win a Champions Cup or two (although as the French clubs can attest, that’s easier said than done), but we’d be out of money and back to square one in a few short years.

So the money mustn’t just be used on short term gains. the SRU have struggled since the advent of professionalism in 1995 with countless missteps and missed opportunities. Finally they have a means to get the rugby house well and truly in order for the future.

I’m sure this will raise more than a few scoffs and eyebrows, but surely this has to be the aim of every international team and union – otherwise what’s the point? I’m not saying Scotland will ever win a RWC, but that doesn’t mean they shouldn’t aim for it. When you see how far countries like Ireland and Wales have come in the past couple of decades, it’s clear that even a smaller nation can punch way above their weight and beat the world’s best if they build, invest and maximise what they already have.

And in terms of the tournament itself if Japan, who have far fewer top players and resources than Scotland, can get to Quarters then why can’t Scotland get to a Final? Were it not for one bad decision by Craig Joubert in 2015, Scotland would have been up against a tired and limp looking Argentina in the Semis for a place in the biggest game. From there, who knows what would have happened? That’s the beauty of sport. Anything’s possible, but you have to maximise your chances of the seemingly impossible actually occurring.

Spend a few minutes chatting to rugby folk in any club across the land and the subject will soon turn to the neglect of our domestic game. Everyone wants to see Scotland do well on the big stage, but it is the patchwork threads of the club and schools game that actually make our great rugby tartan. They drive participation, train the players of tomorrow and provide fantastic community to one-and-all.

What to do with the club game post professionalism has long been the question with no (or rather dozens) of potential answers. Then there is the similarly perennial question of how to get more non-fee-paying schools to pick up, rather than kick, a ball. We also need to drive involvement in the Women’s game and reach out to untapped audiences across the land.

So, with our broad aims established we need to do the sensible thing and talk about money owing. As any financial advisor or Lannister will tell you, always pay your debts.

Scottish rugby’s finances have coincidentally mirrored the general economy with our highest debt level hitting £20.29 million in the 2007/8 season but at last, even without the CVC money, it looks like the strict SRU austerity will soon be coming to an end.

However, despite the fashy headlines at the AGM about Union now being ‘debt free’, this is actually an accounting sleight of hand in which money from future games or ‘advance receipts’ has been added into the calculations. So, as it stands, the Union still owes a total of £9.97 million. This is a vast improvement on where they were in the dark days of the noughties, is better than a lot of other countries (looking at you England) and is currently manageable.

So if we’re selling off some of the family silver for cold hard cash, it’s only right we square away our debt – and lose the not inconsiderable accompanying interest in the process. Or, if we only wanted to drop the high interest debt, it makes sense to pay off the £3 million bank loan at the very least.

So we’re down to £75 odd million, but we’re finally free from the crippling debt that has hung over the game for decades. What next?

Tomorrow I’ll explore what could be done for the Pro game and whether or not a 3rd, or even 4th, Pro team would be achievable.

Got any thoughts of what the money should be spent on? Let us know in the comment below 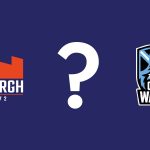