Every Six Nations game is hugely important, but few could have as big an impact on Scotland’s future than this Saturday’s match against Wales.

With the much heralded Super Saturday now a damp squib thanks to Coronavirus fears leading to cancelled games, you might be forgiven for thinking that Scotland’s final game was being fought for little more than pride and a slightly higher placed finish. But you’d be wrong.

A victory on Saturday could very well be the difference between Scotland reaching the knockout phases of the next Rugby World Cup, or once again being dumped out in the pool stages. The reason? Rankings.

If Scotland win away in Cardiff, for the first time since 2002, then they will leapfrog both the Welsh and Australians into 6th place of the World Rugby Rankings.

Such a move would see Scotland greatly increase their chances of a higher placed seeding at the 2023 Rugby World Cup in France. The 1st seeds are made up of the top 4, with the 2nd seeds coming from those placed 5th – 8th.

However, should they lose, Scotland will remain in 8th and Wales will jump from 6th to 5th.

As it currently stands, Scotland are perilously close to dropping out of the top 8, which would make them 3rd seeds for only the second time in the tournament’s history and guaranteed a ‘Pool of Death’ alongside two top-8 teams at the Gallic tournament.

It’s still possible to get out of a pool as 3rd seed but, as Wales can attest, it makes it far more difficult due to the attritional nature of facing two top teams. So even if you manage to qualify, you’ll not have had the chance to rest players and will likely suffer both fatigue and injury. We saw this with hosts Japan who were unable to bring the intensity of their games against Ireland and Scotland to their Quarter Final with the Boks.

The Rugby World Cup seedings will be decided following this year’s November tests, leaving only a handful of opportunities to pick up points.

The Summer Tour sees Scotland facing off against South Africa and the All Blacks. The former are the reigning World Champions and the latter have never lost to Scotland. You’d be brave to bet on picking up any points there.

Autumn may yield some points with the off-colour Argentina first to visit Murrayfield, but toast-of-the-tournament Japan can no longer be relied upon for a win and the All Blacks are once again lurking in the final furlong. You also receive far more points for a victory over a higher placed team, so simply beating lower placed Japan and Argentina won’t see Scotland leapfrog the competition.

So, from the 7 remaining games, Scotland have a realistic chance of winning 3. And that’s not taking into account how the other teams do.

Wales have a tough Summer Tour of Japan and New Zealand, but they also have 4 games in the Autumn against Fiji, Argentina, New Zealand and South Africa. If Pivac’s new side can find their stide and pick up a single win over higher placed South Africa or the All Blacks, then they’ll be almost impossible to overtake.

Australia had a 2019 to forget, but the Wallabies have 13 games to play this season and always have a way of pulling off big wins in The Rugby Championship. So it seem highly unlikely that Scotland will be able to overtake the Green and Gold.

Finally, we have the aforementioned Japan. They’ll open their international season against Wales at home in June, with 2 games against England capping off their Summer tests. The Autumn sees them face off against Scotland and Ireland away. If they can claim a big scalp or two then they’ll once again leapfrog Scotland and condemn them to 9th place and 3rd seeding.

All of which leads us back to Wales this weekend. So far, their only win of the Six Nations has been over the hapless Italy. With Warren Gatland ending his tenure at the Rugby World Cup, the dragons have struggled to find their fire and are clearly still adapting to Wayne Pivac’s new systems and style.

This was evident in their 24-14 loss to Ireland, but in their other games against France and England they lost both games by a margin of less than 4 points. So, whilst they’re definitely improving, there has rarely been a better chance to win away against our Celtic cousins.

If Gregor Townsend’s men can win this weekend and pick up victories over Argentina and/or Japan in the Autumn then they’ll probably be safe. If they lose, then not only will they be resigned to another 5th place Six Nations finish, but their chances at the sport’s pinnacle event will also be greatly reduced.

Cometh the hour, cometh the team. 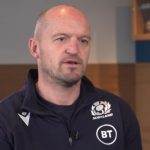 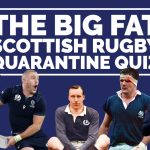