After a long wait, but to the surprise of few, Scotland’s Summer Tour of South Africa and New Zealand has been cancelled by the hosts and World Rugby due to continuing Covid-19 concerns.

Scotland were due to play South Africa in two July tests, before flying to Dunedin to face off against the All Blacks.

The New Zealand Union postponed the game last night citing “Uncertainty around international travel because of the Covid-19 pandemic”.

This was followed up by a statement this morning from World Rugby cancelling all July tests.

“Extended travel and quarantine restrictions that apply to numerous countries, and concerns over adequate player preparation time, mean that any sort of cross-border international rugby competition cannot be hosted in July.”

Further doubts were raised about the viability of Scotland’s Autumn Tests Argentina, Japan and the All Blacks.

“Monitoring of the potential impact on the remaining 2020 international windows continues in collaboration with international rugby stakeholders and the respective authorities.”

However it was revealed this week that even if the international governing body allow the Autumn tours to go ahead, New Zealand are considering cancelling their tour anyway – a decision that would cost Scottish Rugby millions.

It follows a warning from Kiwi Prime Minister Jacinda Ardern that their borders will ‘remain closed to the rest of the world for a long time’. Rather than wait and see, the All Blacks are planning a series of alternative matches involving their Super Rugby franchises, followed by a four-Test series against Australia.

Ticket sales for the Autumn tests generate tens of millions for the SRU, so a loss of those games might be devastating to the wider game in Scotland. The Autumn games are big money spinners, with the cash used from ticket, broadcasting and merchandise sales used to support the Pro and grassroots game.

Martyn Phillips estimated last week that Wales stand to lose around £50m from a prolonged quarantine, so it’s safe to assume that Scotland are set to sacrifice a similar 8 figure sum.

It’s not yet clear whether or not there will be any financial support for Scotland from World Rugby, although it was announced today that they were bailing out the Australian Union to the sum of $9.16 million. The argument might be made that this support is a one-off considering the financial strife Rugby Australia was in even prior to Covid, but newly reelected boss Bill Beaumont will come under intense pressure to share support across all struggling unions equally.

That being said, Rugby USA was forced to file for bankruptcy last week and are yet to receive significant support from the global governing body.

Any hope of support might have to come from the Scottish Government. Last week Scottish Rugby officials held an online meeting with Scottish Minister for Sport Joe FitzPatrick to discuss the current COVID-19 challenges, and described the talks as positive. Whether or not that will translate into cash, it’s too early to tell.

As if all that wasn’t enough, with 6 games potentially cancelled, Scotland run the very real risk of slipping down the World Rankings, which could mean a ‘Pool From Hell’ at the next Rugby World Cup. As we reported back in March, if Scotland drop one place from 8th to 9th, they’ll no longer be in line for either a 1st or 2nd seeding when the Pools are announced next year.

With Australia sitting one place above Scotland, they would need just one victory against the higher placed All Blacks in the aforementioned Trans-Tasman competition to put them out of sight.

Conversely, if Japan are able to tour Britain in the Autumn and keep up their giant slaying form against Ireland or Scotland (both of whom they beat last year), then they’ll leapfrog Scotland into 8th.

However, if Scotland are able to rearrange their final postponed 6 Nations game against Wales, and win, then they should be safe.

As with everything involving Covid, nothing is certain and it’s too early to tell exactly how the chips will fall. 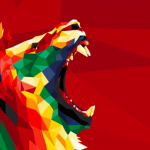